Introduction
Explosion hazard areas are divided into zones, the equipment in device groups and device categories. For a certified device, the marking on the type plate makes it identifiable for which zone the explosion protected equipment may be used. 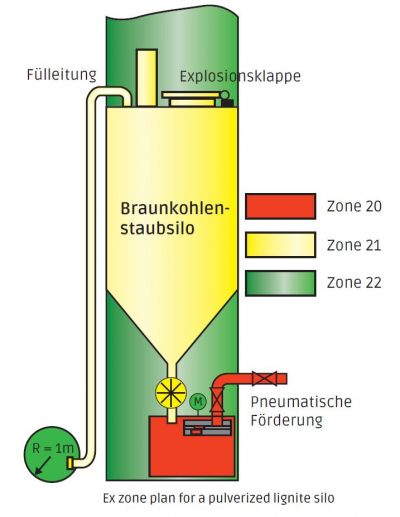 Classification into zones
Explosion hazard areas are divided into six zones, whereby the division is determined by the probability of how often and long it is expected that a hazardous explosive atmosphere occurs. Combustible gases, mists, vapours and combustible dusts are distinguished.

Zones 0, 1 and 2 arise for gases-mists-vapours, whereby the requirements for the equipment used there ascend from zone 2 to 0.

Zones 20, 21 and 22 arise for dusts, whereby the requirements for the equipment used there ascend from zone 22 to 20.

For electrical equipment in gas

For electrical equipment in dust 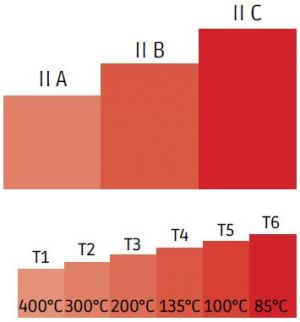 The device group and device category defines in which zones an item of equipment can be used. It is defined from the explosion group and temperature class for which media within the zones the equipment may be used.